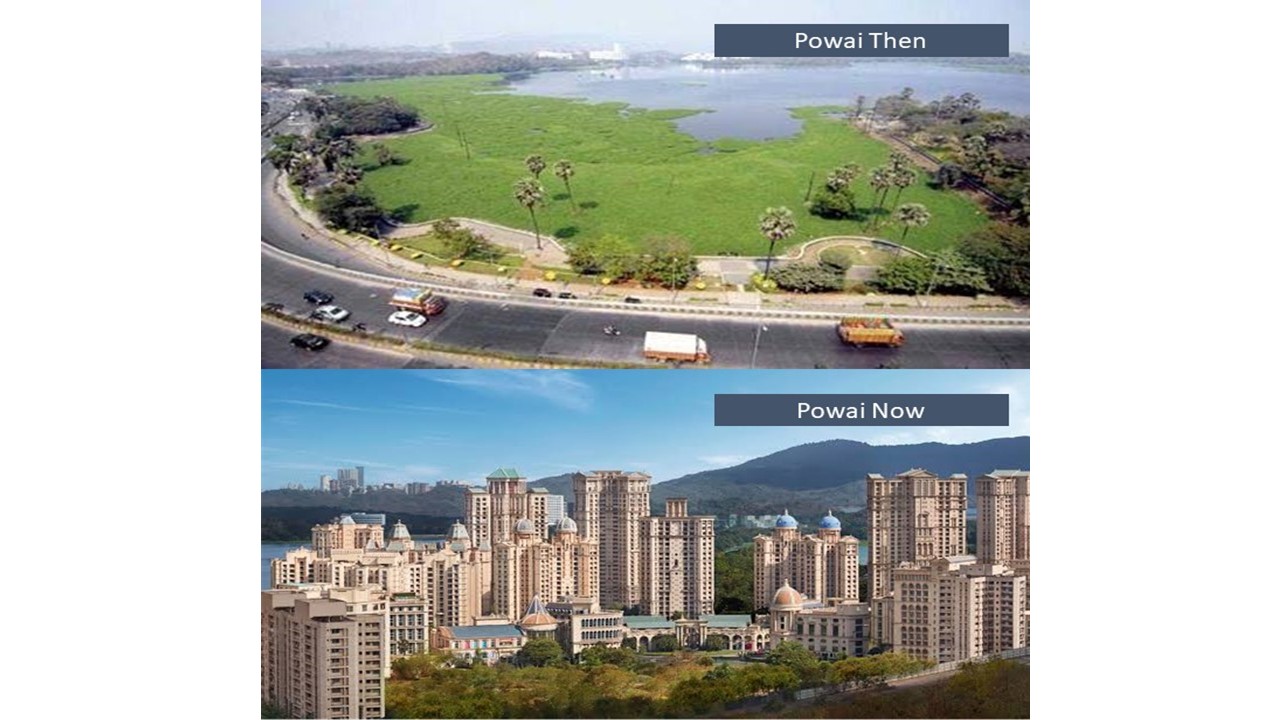 One cannot speak about Powai, Mumbai without bringing up the developer Hirandani who developed and cultivated arguably the most planned out, modern commercial hub in Mumbai.

Prior beginning construction of Hiranandani Gardens in 1989, Powai was open land with no infrastructure to speak of – imagine going to a remote unpopulated village in India now, it would look about the same.

The initial development of Powai in the early 1990s was for affordable housing, but Hirandani pivoted and turned Hiranandani Gardens into housing for the upper-middle class to the upper class of Mumbai – offering a less polluted, less congested, more affordable and spacious area to call home. Not to mention, an area with a far superior infrastructure than most of the rest of Mumbai, from roads to the actual apartment buildings themselves. And during this time, the mid-1990s, the now-famous shopping mall, Galleria, was constructed and is very much in use to this day.

It wasn’t only retail & residential demand that found a liking to Powai, in due time, call it the early to mid-2000s, major corporates sought out office space for rent in Powai. As opposed to south Mumbai options (& BKC that wasn’t developed at that time), office space in Powai solved many problems that plagued companies in south Mumbai.

More specifically, what an office on rent in Powai provided was being close to one’s house (reduced commute for employees) & school for kids, quality brand new office buildings (mind you at this time in south Mumbai most office buildings didn’t even have fire escapes), large floor plates of 10,000 to 20,000 plus carpet areas (square feet), cleaner air and all of this at a much lesser price. Thru the 2000s Powai flourish as a location for corporates and in due time, in part because of IIT Powai, by early 2010s offices for rent in Powai were in demand by startups. To this day startups and many domestic and global corporates choose Powai for the above reasons.

Having said that, Powai, perhaps given its location being quite far north and that it’s largely a residential hub (or was constructed for that in the first place), has not been able to compete with Bandra Kurla Complex that reigns supreme as THE place to have an office space in Mumbai.

So…. where does that leave the future of Powai’s commercial real estate market?

Although, Powai did take a hit from BKC’s popularity, it is still extremely relevant today. The one criticism of getting an office space in Powai has been its connectivity to the rest of Mumbai on account of it being so far north, but a couple of things to keep in mind:

Firstly, the City has expanded massively north in the direction of Powai over the last ten years so what was seen as the outskirts is very much in prime property. At Jagaha, we see this trend to continue.

And secondly, Mumbai Metro is being worked on and Line 6 will connect directly to Powai, namely Powai Lake & Powai IIT and it’s immediate surrounding areas.

In turn, Powai will remain a major player in the future of Mumbai’s commercial real estate market for office space and also as a terrific location for restaurant & retail space.

So what’s the next upcoming hub for Mumbai commercial real estate? Do you think Panvel will pan out like Powai? Thane or Navi Mumbai? We would love to hear your thoughts. 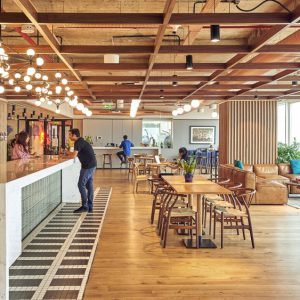 What Is A Coworking Space And How Does It Work? 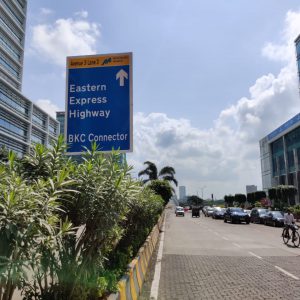 A Sigh of Relief for BKC